Double XP binging is bad for your sanity 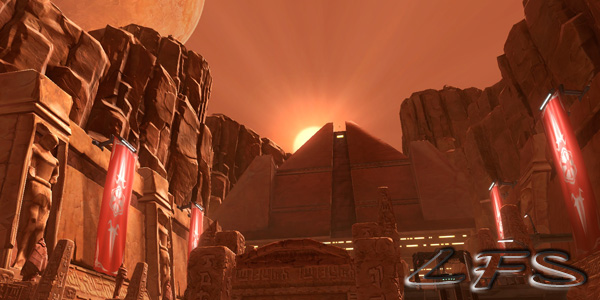 If you think I’ve been a bit quiet lately, I have. And I have a very valid reason, too. You see, ’tis the season of double XP! There was double XP going on in Star Wars: The Old Republic, followed by double AP in The Secret World. And mixed in there were double XP weekends in other games, like EverQuest and EverQuest II. One is bad enough, but multiples? Thanks to all these, I lost myself, my time, and my mind.

As excited as people can get about double XP, it is actually a truly evil thing. And evil, life-sucking, sanity-stealing thing. Why? Because unless I have max-level characters already, I have a hard time saying no! Who can pass up a good deal? I simply can’t withstand that allure of two-for-one, especially if the game is super grinderiffic. I mean, passing up on the chance to get farther in less time would be totally crazy, right? What’s really crazy is that I went in and played games I wouldn’t even normally play thanks to the lure of the double XP.

Such was the case recently with SW:TOR. I don’t play the game regularly. Heck, I haven’t even touched that title in a long, long time. But with double XP (and a gaming partner driven to see every class story), we were deep in Kuat missions and PvP matches for the entire week! The good news is that we did get our Jedis to level 50 and set in a prime position to complete the class story quests. I even made some progress on my long-abandoned smuggler and started my first actual dark side character.

Next up came the double AP in TSW. Although this is a game I regularly play, I am still far from maxed out in AP so I was eager to dive in and partake in some delectable AP goodness. I missed a couple days of it because of the other double, but once I was available I was sure to take advantage of this opportunity, which allowed me to complete a couple other decks I have been working on as well as get myself a share of anniversary loot. 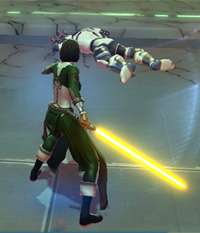 It all sounds pretty good, right? So you may be wondering what the problem is with any of this.  Topping the list of double XP negatives is how incredibly stressed I feel when it happens. Double the XP definitely does not mean double the fun!  In fact, fun isn’t in the equation much at all really.  When I am in game, I feel like I have to take advantage of this temporary boon above all else, so I ignore the funner aspects of gaming in order to just power through and soak up as much of the advantage as possible.  Even more than that, when I’m not in the game I actually feel guilty that I’m not there taking advantage of it! Dinner? Family time? I’m going to admit that the thought of postponing those other daily activities do cross my mind (hence more guilt, even though I do not succumb to them). My time in other games, however, is definitely sacrificed along with my sanity.

I know where this drive comes from.  It’s that feeling — or more accurately that fear — of losing out. During double XP that fear drives me instead of my desire to play and enjoy the game; it turns me momentarily into a destination player instead of a journey player. Technically the logic behind it is so that I can go back and enjoy the journey better with my elite skills, but still! If getting there is (more than half) the fun, and I race at a breakneck speed to get there, then where’s my fun?  It’s my own personal iteration of Jekyll and Hyde.

As if guilt and stress (and a dual personality) weren’t enough, double XP has other negative side effects.  Just like during other enhanced XP stints, we weren’t just partaking in XP, we were gorging on it! You think you can stop whenever you want, but you can’t. And overindulgence in anything is rarely healthy.  Have you ever felt great after stuffing yourself to the gills? Not only does this super binging begin to interfere with other things in life and throw your balance out of whack, but you have to deal with the withdrawals when it’s gone.  That’s right — let’s talk about the letdown.  Once you’ve imbibed in a steady stream of double XP, how do you go back to the snail pace of regular gaming?  Will I log back into those new classes I tried on SW:TOR now that the double XP is over?  Suddenly the regular game is too slow, interest wanes.   Your enjoyment in the journey has been compromised.  The question is, can you recover?

Double XP is an addictive rush that you feel obligated to pursue.  Tell me how you can maintain sanity when dealing with that?  I sure can’t.  I know I should break the double XP cycle, but dang it is hard!  I am already looking forward to — while simultaneously dreading — my next fix.